Bitcoin and Ethereum have shared the center stage at regular intervals this year. In fact, some would argue that Ethereum has run more miles and gotten more attention than BTC this year. Such a scenario was playing out in the markets as well. Over the course of certain bullish spells in 2020, most particularly during July-end, Ethereum led the market with its rally before Bitcoin joined in 48 hours later. Such a brief spell was also observed during the last week of May.

However, at the time of writing, the going was getting tough, and the collective market was expecting ‘tough’ Bitcoin to lead them out of this drawdown period. Such expectations can be highlighted by observing the charts below. 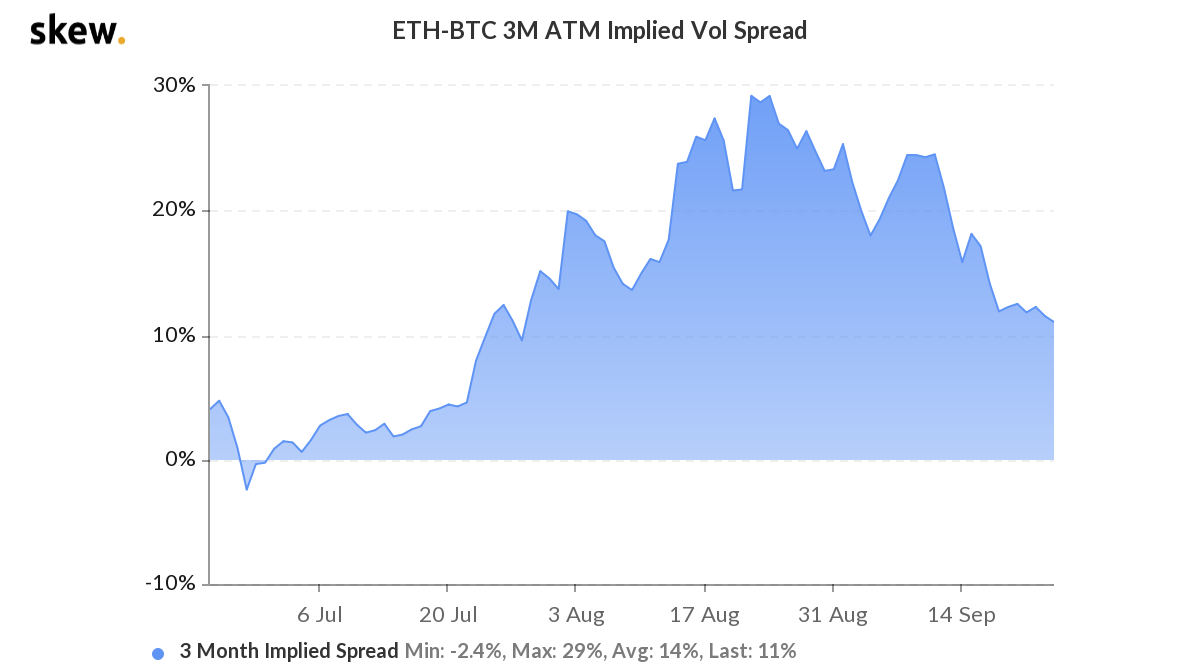 As can be observed from the chart, the 3-month Ethereum-Bitcoin Implied Vol Spread was dropping after peaking in mid-August. It means that the market is currently expecting Bitcoin to bring back the volatility, rather than keeping their hopes on Ethereum. This is interesting since, for most of 2020, the ETH-BTC Implied Volatility had witnessed a lead from Ethereum’s end, especially with respect to bringing price action to the market.

However, with the market reaching a probable local bottom, all eyes are now set on Bitcoin, with most expecting BTC to drive the market’s valuation. 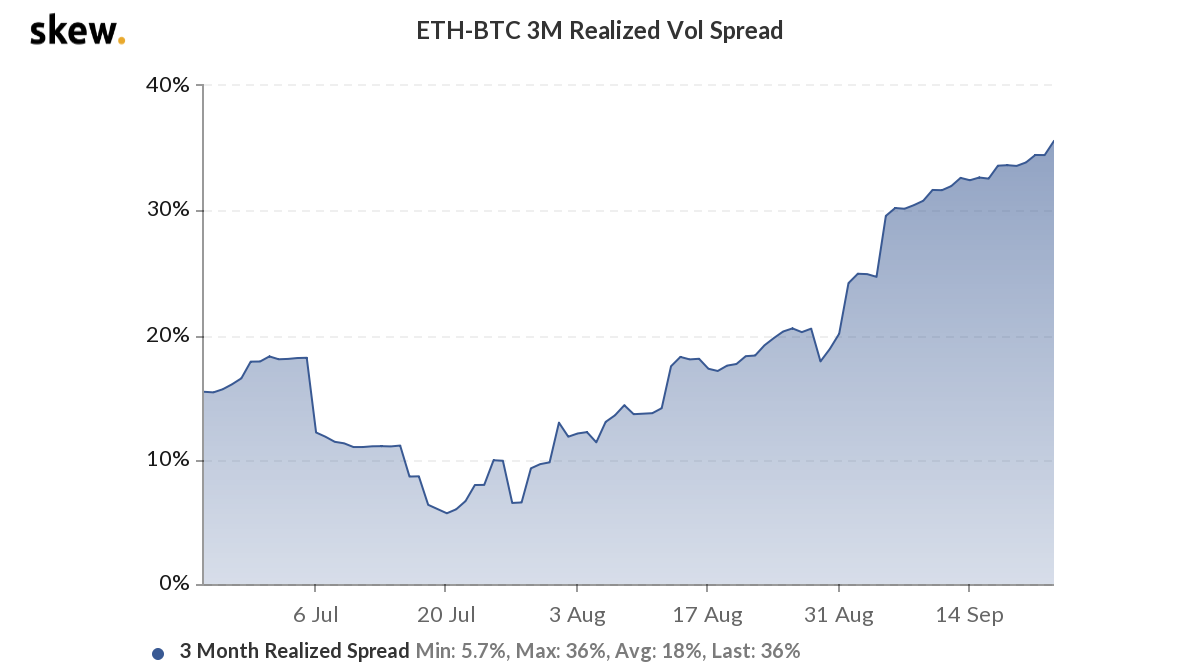 The Realized Volatility charts suggested a similar narrative. With the 3-month ETH-BTC realized spread on an incline, it is clear that BTC is already becoming more authoritative in the digital market space. Such a situation will definitely allow market correlation to climb over the next few months, with BTC possibly calling the shots in Q4 of 2020.

With the limelight firmly placed on BTC, the market might not have to wait long before BTC starts pulling the strings again. The market narrative is supported by the fact that BTC’s 1-month ATM Implied Volatility was at 49%. For Bitcoin, the IV going below 50% has always been a sign of a reversal in the market. In light of its present levels, the stage is seemingly set for Bitcoin to project strong movements any time now.

However, it would be better if the Implied Volatility drops further over the next few weeks to attain a strong bottom, one that will eventually lead to a stronger rally. Altcoins can do a lot when it comes to bringing new users into the space, but at the end of the day, the market will always look up to BTC to solve its bearish dilemma.